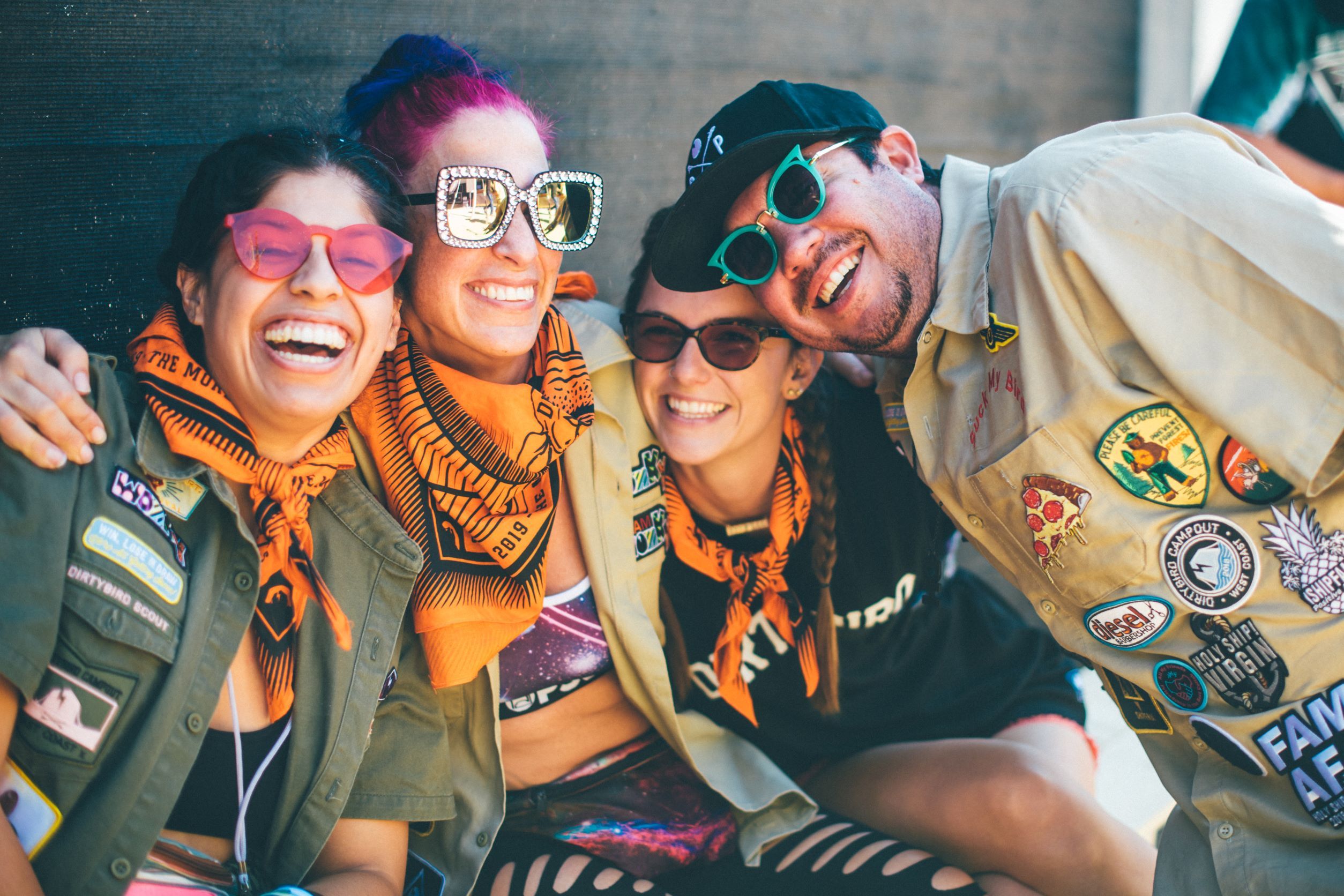 Advice from your Veteran Dirtybird Campers

Intro Text : Grab a pen and paper and take some notes, some essential Dirtybird tips from our veteran campers are coming your way!

We asked our veteran Dirtybird campers, “if you could give one piece of advice to a virgin camper, what would it be?” Get a pen and paper...

Advice from your Veteran Dirtybird Campers

Grab a pen and paper and take some notes, some essential Dirtybird tips are coming your way!

“Participate in all of the SPICIEST activities! Throw your ass at the bad drag show, bet your grandmothers left Chaco at frick frack black jack, watch some comedy at Claude’s Cabin, and of course you have to play some B I N G O with the bingo master himself! " - Allen Patrick

“Dont insist on chilling with only your clique meet people, play games, dance at other peoples renegades, I went exploring renegades at 3am and ran into people from home it was serendipitous. You literally would be hard pressed to not make a friend here." -Xristo Morrison

“ If you thought you brought enough water- no you didn’t! " - Rebecca Del Rosario

“ Costumes are a must, specially if it’s a group costume! The weirder the better!" – Paola Perez
“Bring or build a TOTEM - they are so much fun to dance with and you won't lose your friends!” - BB

“Keep an open mind and take every opportunity to try new things that comes your way. Try all the activities you can and go to renegades every night. You wont regret it." - dckrnbws

“Go check out artists you haven’t heard before and do the tug of war! - ChiddyWard

“Bring your best walking shoes. My dogs were barking so bad from bad shoe choices. Also bring an extra tarp to put under your air mattress, the grass is so hard it will poke holes in it and you will end up sleeping in the ground" - DJ Pintsize
“Pack warm clothes and blankets! And bathing suits, as its hot during the day but freezing at night! Participate in games even if you're afraid to. You'll always meet new friends! Bring a mask as it gets dusty while dancing. Don't fall asleep too early, the renegades are the best part!" -Elly Prozer

“Bring decorations for your tent so you can find it again." - @ohokicm

“Rideshares or shuttle is a great way to meet people before Campout." - @Lurking_stoner
“If you think your clothes are too weird… they’re not weird enough. But no matter how weird or not weird your clothes are prepare to wear nothing during the day when it’s hot as heck and everything at night when it’s cold as heck.” - anonymous camper

“A tent fan and eye mask! It will help you sleep in for at least 2 more hours after the sun is up." - Jess Savory

"When it’s hot as balls outside dip a scarf in some cold water and wrap it around your neck/head! Life saver!!!” - anonymous camper

“Bring more than one pair of shoes plus flip flops for the showers. - @ohokicm

“Bring comfy shoes and athletic wear if you plan to play in the games. And a yoga mat if you want to do that in the mornings. - @ShroomaThurman

“Bring a camping headlamp and keep it on you after dark.” - @ninjaroach

“Make time for activities. This isn’t just a music festival – making friends while participating in the camp activities and then seeing those new friends later by the stage is what it’s all about.” - anonymous camper
“If you’re planning to hit a sunrise set after playing in the sun all day, sneak in a nap that evening. You don’t want an epic crash after, you’ll miss more stuff the next day, and you’ll be tired and irritable. No one likes a grumpy camper.” - anonymous camper

“Prime sleep time is from about 7 a.m. to noon, when there’s no music. Other than that, stick it out. You won’t regret it.” - anonymous camper

“If you want to - go solo You’ll meet tons of chill people that will be willing to accept you into their group if you want.” - @Lurking_stoner

This email address is being protected from spambots. You need JavaScript enabled to view it.
(747) 230-5693